Top Things to do in Arles

You are here: Home / Destinations / Top Things to do in Arles

I’ve always been a big fan of Van Gogh and when I heard that the artist had been based in the town of Arles for the last few years of his life, I was particularly keen to visit. We were staying in Nimes (check our post if you’re thinking of visiting!) and it was an easy day trip from our base in Nimes. A short 30 minute drive and we reached Arles, a UNESCO World Heritage site.

Arles has a very different feel to Nimes – more edgy and vibrant – we were hooked. The first thing we did after parking up was to head to the local tourist office. People often forget about the wealth of information that can be obtained from local tourist offices. The lady was very helpful and gave us plenty of pointers for our day in Arles.

Vincent Van Gogh moved to Arles in 1888 where he produced over 300 works of art over the course of 15 months.

I was keen to check out the various views that had inspired Van Gogh and so we asked the tourist office for advice. They pointed out a number of places on a map and so we set off. We did find out subsequently that you can download a map for a self-guided tour.  There are information plaques at each spot providing further information about the painting and the location. If you’re hoping to see the ‘Yellow House’, be warned, it’s no longer there as it was destroyed by bombing during the 2nd world war, however, you can still see the location of where it once stood. 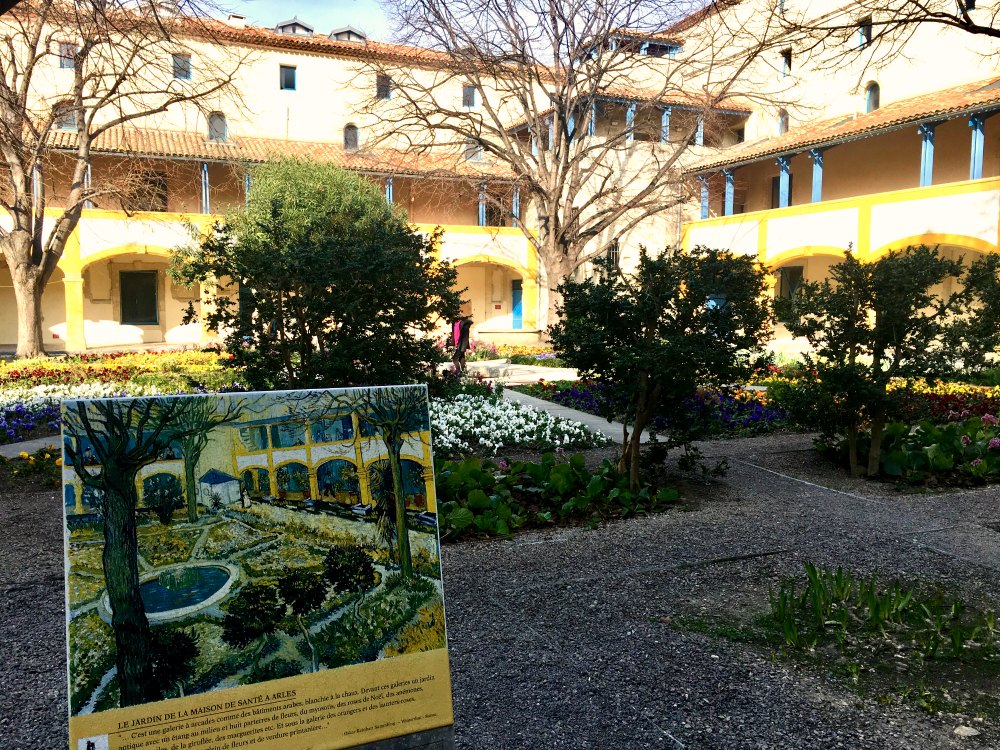 So this is the place that Van Gogh stayed in after he cut off his ear. It was built as a hospital back in the 16th century.  It’s now known as the Espace Van Gogh having undergone extensive renovation works. It fell into disrepair in 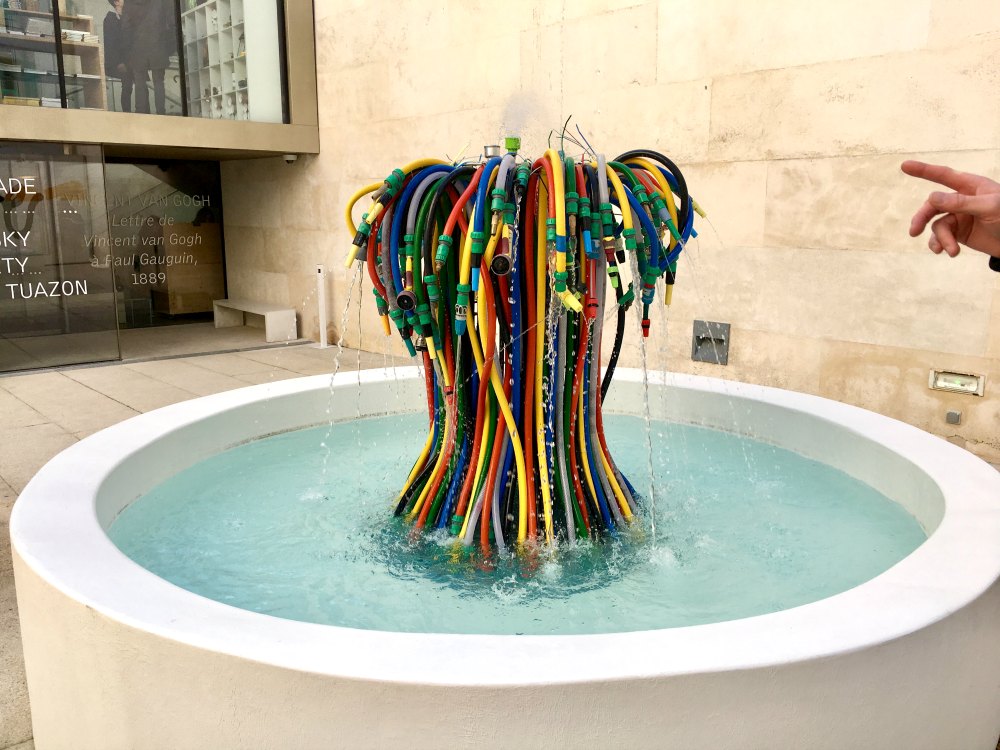 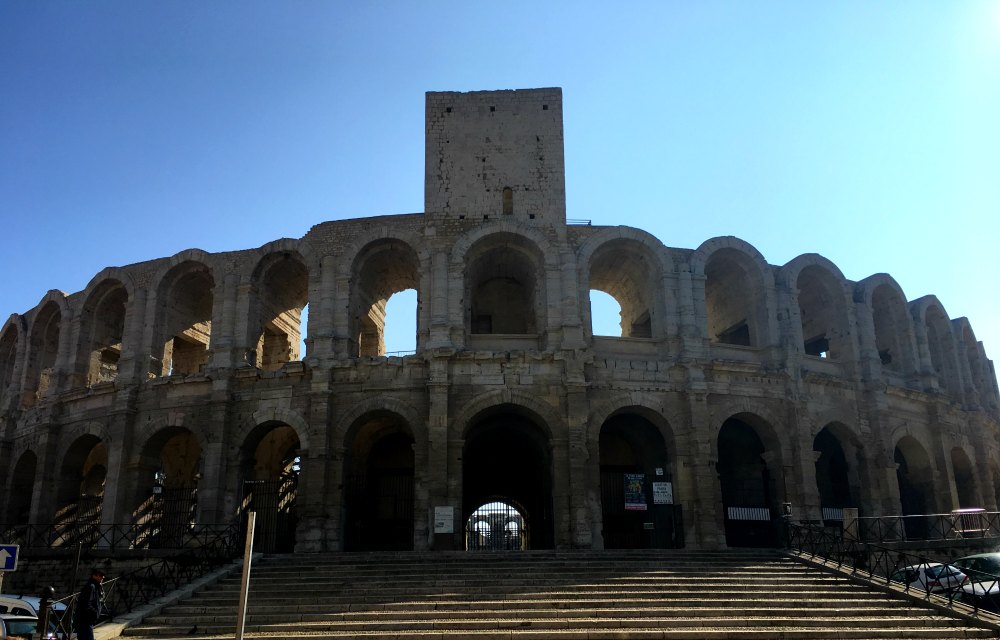 There are plenty of traces of the Romans in Arles starting with the impressive amphitheatre. It was built by the Romans back in 90 AD and could seat over 20,000 spectators. It still gets used for bullfights in the summer 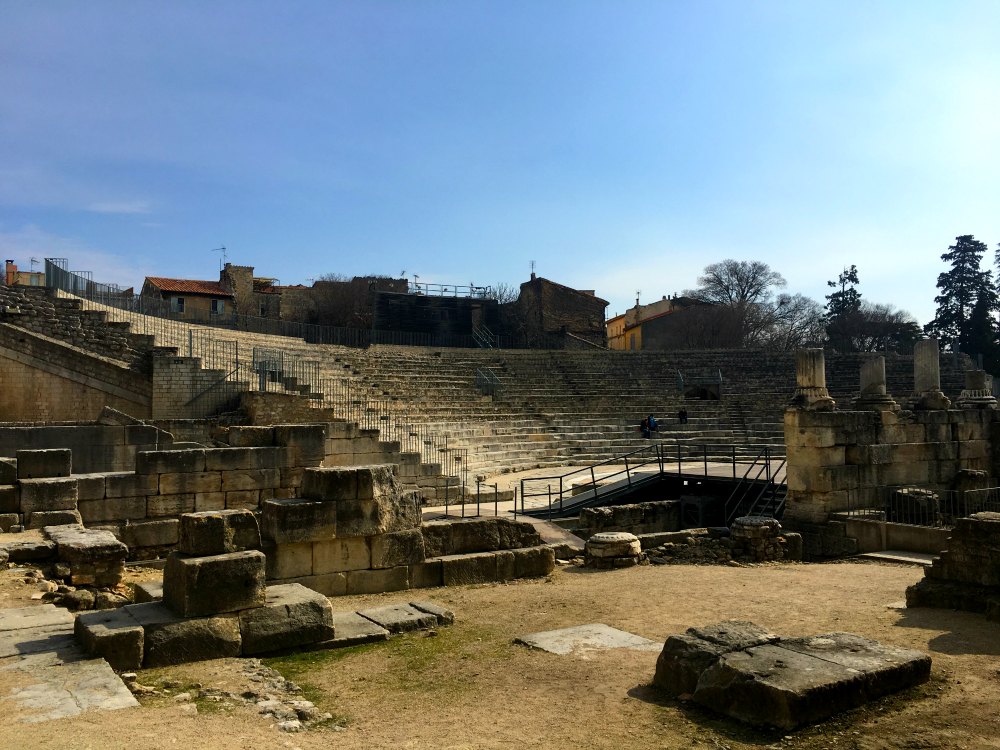 This is another UNESCO World Heritage site

These thermes, located in the old town, were built in the 4th Century 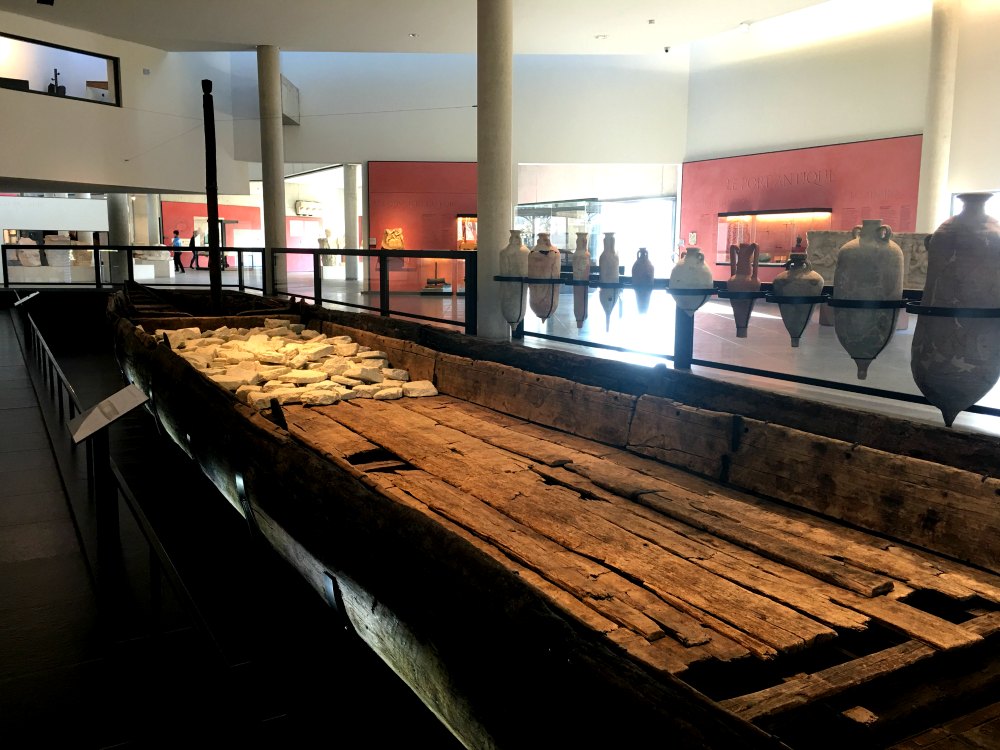 By Train: the train station is fairly central with a short 400 m walk leading you straight to Arles’ amphitheatre ‘Les Arènes’. It’s an easy 18 minute train on the train from Avignon, 25 minutes from Nimes

By Car: you can easily reach Arles by car and there are plenty of multi-storey carparks.

You may be interested in these posts from the same category.

French Apéro Cake
Next Post: 30+ Top things to do in the Dordogne [from a local!]